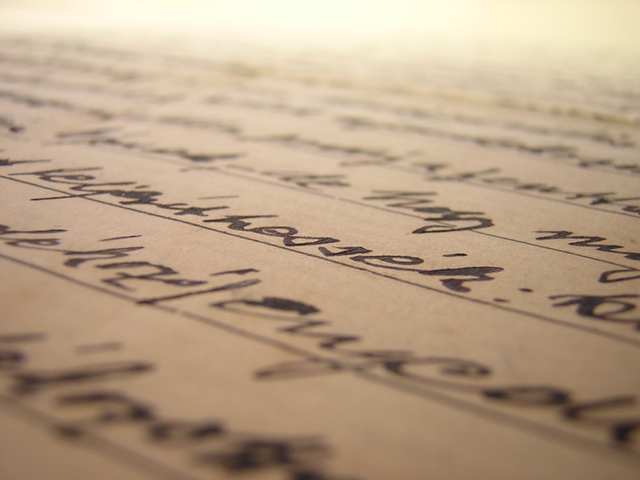 We hope you’ve had a chance to read the 12-page letter that one survivor wrote and read to the man who sexually assaulted her. With over 11 million shares, her letter quickly went viral and is helping people engage in tough conversations about rape culture and victim shaming in our country. Safe Connections’ Development and Marketing Intern, Emily, penned her thoughts in the form of a letter to the survivor who bravely shared her story.

I commend you on your courage and bravery to share the raw details of your story in a culture that has been taught to blame the victim. In a case where the defendant worked tirelessly to degrade you, manipulate you, and defeat you – you maintained such poise and dignity. I hope you know that as you share your story, you are speaking for so many victims that are silenced by shame, guilt and fear.

I am sorry that it took sharing your story to get people talking about the severity of our nation’s domestic and sexual violence problem. Each share that your story receives ignites a different conversation and through that conversation I hope people start to recognize the power we have to make a change. I hope men start to set new standards of how to treat women and hold each other accountable to those new standards. I hope our nation can address and eliminate the horrifying rape culture that we’ve created. I hope instead of shaming victims we start supporting them. I hope people see the power of bystander intervention – that speaking up and intervening can save lives and eliminate situations like this.

I am sorry that we are lacking legislation that would have kept you informed about the details of your own case. I am sorry about the way the media framed the story. The criminal was addressed as “all american” while you were tagged with titles that portrayed you as weak and vulnerable. I hope the lies about yourself that you were fed throughout this case are replaced with truths that speak true to the strong, intelligent, poised, fighter that you are.

Although the sentencing doesn’t fit the crime, I hope people can still see this as a victory. Out of every 1,000 rapes in this country only 344 are reported to police and of those reported cases only 63 lead to an arrest and 13 of those get referred to prosecutors and only 7 of those cases will lead to a felony conviction and out of those 7 only 6 will be incarcerated. That means only 6/1000 rapists are held responsible for their actions. Brock Turner may have received an overly lenient sentencing but he is still going to jail and that is a step in the right direction.

I hope that on your darker days you know that there are millions of people supporting you and fighting for you. On days when your identity feels consumed by being a victim I hope you can see yourself as the strong, intelligent survivor that you are. When you’re feeling consumed by it all I hope you know how many hearts you’ve touched, victims you’ve supported, conversations you’ve started, and lives you’ve changed.

You are not defined by the actions of others.